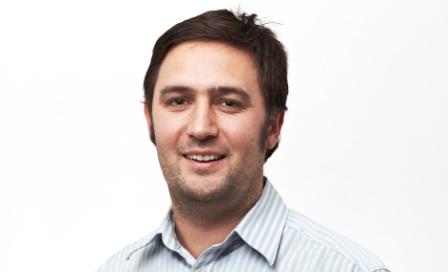 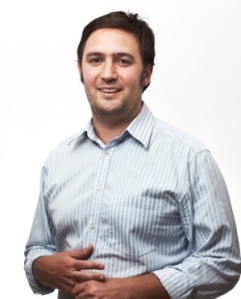 Surveys are generally looked at as pretty boring and people’s eyes glaze over when you mention the word survey, but everyone asks questions all the time they just don’t call it a survey. So we thought we could make the whole space a little sexier and more social. Companies like Surveymonkey are actually doing pretty well too, with a market cap of 1billion and some strong viral growth its one of those areas that’s booming but as it’s not a sexy social consumer app like Instagram or to Foursquare it doesn’t get as much press.

Our vision is to rate, rank and give recommendations to businesses about how to improve. Feedback and ratings are a key aspect of this and our first step in building out a bigger platform.

What did you feel was missing from existing tools in the market?

We thought a few things were missing:

I’ve heard lots of compliments on Floq’s design. Were you guided by any specific principles?

Thanks. I’ll let my bro know. We’re both pretty influenced by Apple and Square’s clarity and simplicity. We’ve tried to make it intuitive, simple to use and fairly minimal. We also wanted it to be pretty beautiful. I think good UI is so important right now and that there’s no excuse not to work on making the design side of the app pretty strong and appealing. I think we still have some work to do to here but we’re pretty clear that this is important.

I was the head of painting for an art school in London and taught a little painting, but really spent most of my time as a painter, working away in the studio and having exhibitions and the like. I think this experience has heavily influenced my approach to Floq. Obviously we’re really keen on the design and visual side of Floq and that draws on my love of minimalist and classical art.

I reckon the digital space is really close to the creative arts, it takes the same skills: good branding and marketing, a high degree of craftsmanship and experimentation, a healthy comfort with risk and anyone that’s tried to make a living in the arts knows you’re your own startup of one the day you leave college.

What’s the biggest challenge ahead for Floq?

User acquisition and paid conversions. Being self-funded paid conversions are our biggest challenge as the acquisition and engagement rates are actually quite strong but decent user traction is always useful just for scaling the thing. We’re also looking to raise our first round of funding later in the year so that will be an interesting challenge.

What is Floq’s relationship to Integral Development? Does that relationship come with any unique challenges or benefits?

After being a painter for 15 years my old man started a new consulting and leadership development firm five years ago – Integral Development. He asked me if I wanted to help start it up and having painted for 15 years I thought it could be fun and get me out of the fairly solitary life in the studio. Integral Development does quite a few surveys so it got me thinking about this space and the value of comparative benchmarking. Our team is based in the ID office so we’ve had some help and client intros but funnily enough it hasn’t been as beneficial as I had hoped in finding users.

Your Startup Nation survey and map aimed to examine how supportive our local communities are to the health of start-ups. Did the results yield any overarching insights?

We haven’t crunched all the numbers yet so I can’t say exactly but this first set of results show that mentors and advisors are the most supportive aspect of the startup community. Friends follow and then family and cities. Investors come out as the least supportive aspect of the Australian startup ecosystem. The poor results for the startup investment community in Australia is not surprising as you hear tons of commentary about the lack lustre nature of angel and early stage investment in digital startups but it’s a shame.

I think the other thing to note is that the results on average both by city and nationally weren’t super strong with everything around “somewhat helpful”. It would be great if in a few years the average was between helpful and very helpful.

Did you learn something new about Perth as a result? About the Australian scene in general?

While it maps the strong networks in Sydney and Melbourne, what really surprised us was how many startups and incubators there are in Brisbane. I think the map is currently tracking with more startups in Brisbane than Sydney and double Melbourne which I’m bloody surprised about. You don’t hear much about these guys in the national press and from watching the way the galvanised themselves on twitter and bumped their numbers up in a few days I was impressed by the strength of the network.
You know the other thing that was really cool. Startup entrepreneurs are really helpful. Nearly everyone we emailed from Niki Durkin at 99Dresses to the guys at Yammer, Spreets and Startmate helped us out, completed and shared the survey. I wish Australia was a little smaller or at least flights cheaper and then we could all share a few more drinks together.

Is there more to come from Startup Nation?

Definitely! We still have more data from this survey to release and then I’d like the next one to help benchmark Aussie startups against each other so folks can track where they sit and get more personalised context. We’d like to make this a more valuable resource for the community with each iteration. We’re also keen to see how Australian startups with a foothold in the US compare to guys based purely in Oz. Everyone knows about the Aussie mafia in Silicon Valley but I’d love to compare their progress to the guys and girls that haven’t built US networks.