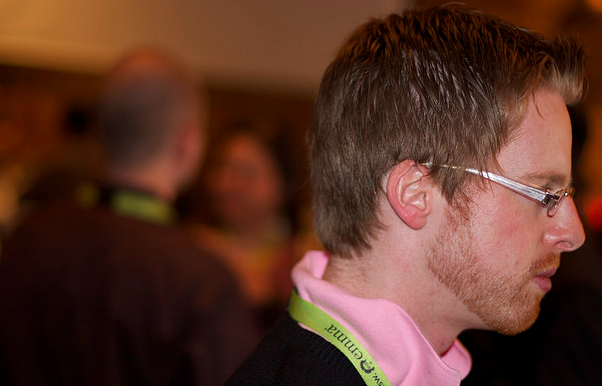 This week our Community Ambassador, Keith McGuinness interviews Peter Nixey to find out  about Pingpanel and what it means to be a digital entrepreneur.

To start with, would you mind telling us a bit about your background?

I was a physicist at university then did a couple of years research in computer vision before starting a web development company. I then founded Clickpass in 2007 which was funded by YCombinator and which I subsequently sold to Yola.com 18months later. After a couple of years with Yola I took a year out to learn Rails and then started developing Pingpanel.

What do you enjoy most about being a digital entrepreneur?

You have incredible power to solve problems without any constraints. The only thing that holds you back is time and knowledge and once you’ve got those you can pretty much build whatever you want. Working in digital affords you a democratised toolset that engineers of other ages could only ever dream of. Programming attracts some awesome characters and I love working with good people, our team is awesome.

So how does Pingpanel work?

Pingpanel allows a company to integrate an “Ask an expert” Q&A section into their website. It’s skinned to look exactly like the client’s site and allows them to add a whole new service to their visitors. For companies with a natural set of experts (e.g. a marketplace) it’s also a great way to build community among their vendors, add a cool service for their users and generate a tonne of SEO.

How did you come up with the idea for Pingpanel?

After the Japanese Tsunami I was amazed that there was no authoritative reference for what was going to happen to Fukishima – would it melt down or could it explode? Even the press didn’t know and were perpetually publishing conflicting reports. I thought it would be amazing if there were a way to field your questions to a group of top nuclear physicists at a university and so went away and built Pingpanel.

What type of users are you targeting?

We’re a B2B service and are targeting companies who operate marketplaces of experts. Our first client for example is Rated People.

How does Pingpanel differ from established Q&A resources such as Yahoo Answers and LinkedIn?

We’re a tool for existing websites to add Q&A functionality. We’re not looking to build a central Q&A hub. We’re to Yahoo Answers what WhiteLabelDating.com is to eHarmony.

How can the business community make use of Pingpanel?

It’s great for internet retailers or lead generators who have to convert hesitant consumers. Many things on the web come with what you need to know – get a camera and you can read 100 user reviews. However, if you want to find a vet or a mechanic and you’re looking through a directory of mechanics in your Sheffield it’s considerably harder.

Pingpanel is not a central directory for all mechanics but a very powerful tool for someone running such a directory to let their mechanics to answer questions about whether black smoke means the visitor needs to get to a garage immediately or only after they get back from the Lake District.

Have you got any other projects in the pipeline that you can share with us?

We’re looking at how we can make Pingpanel work inside a company as a tool for knowledge management. We’d like to help people get the right answers from the right person within a corporate environment.

How do you see the digital economy evolving over the next 5 years?

I think Dave McClure is right  when he says that the internet wants to be paid on Friday like the rest of the world. We’re going to see a continued shift towards revenue models that are subscription and transaction driven rather than ad-driven. There’s probably a backlash looming though as consumers suddenly realise they’re paying $150/month in subscription software to Dropbox, Spotify, Apple and the like. It’ll be interesting to see where the spend settles out though.

Finally, do you have any advice for fellow digital entrepreneurs?

Get exposure to other entrepreneurs who are really doing well. Having spent time in both San Francisco and London one of the biggest weaknesses of entrepreneurs here is that they don’t know enough what success looks like and so they don’t know what to expect from themselves, where to chill out and where to focus. Also understand how, even in extreme uncertainty, planning and running the numbers still make you much, much more powerful. Understand conversion rates, industry comparables, attrition rates, clickthrough rates and everything you possibly can about the dynamics of your business.

About our Ambassador: Keith McGuinness is a freelance copywriter based in South West London. Connect with him on Twitter @mcginty312