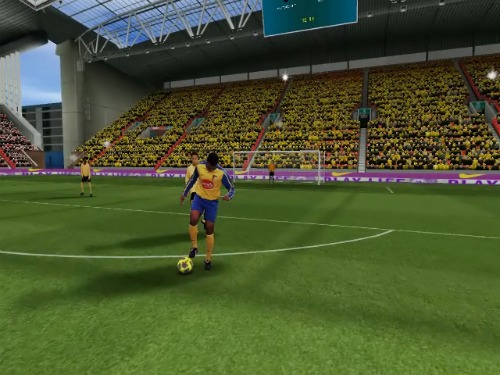 Having spent most of the last ten years working in the sports industry, an event called ‘Technology in Sport’ was always going to catch my eye.

So I headed to the impressive offices of event hosts Goodman Derrick on a beautiful Tuesday evening, making sure I arrived in time for the informal networking that preceded the event.

The first speaker of the evening was Angus McNab of Opta Sports. Opta Sports provides performance related data, such as passes completed, for a wide range of sports to clients all over the world. Angus gave us an overview of the company’s background as well as an insight into some of the fascinating ways that their data is used, such as by the Monday Night Football team on Sky Sports.

This was followed by an informal pitching competition by three London based start-ups combining technology and sport with the audience voting on the winner.

First up was Howard Kingston of We R Interactive. Howard introduced us to their flagship social game IAmPlayr, which allows the user to assume the identity of a professional footballer. The game tries to reflect real life as closely as possible so you have to make decisions that will affect your success both on and off the pitch! Howard also explained how the company has teamed up with brands including Betfred and Red Bull to monetize the game.

The next presentation was by Eric DeGolier of Vortex Sports Design who spoke about his new cycling product, Bodyrocket. Bodyrocket is a simple piece of kit that can be strapped to a bike to measure aerodynamic drag. This type of technology was previously only available to professional cycling teams with big budgets to spend on wind tunnels but Eric, a former elite cyclist, has come up with a more affordable version of the technology for both amateur and professional cyclists.

The last presentation was by Roman Grigorjev of Revelmob who talked about Guessmate, another social game that will be launched shortly. Guessmate allows users to guess which pictures they have received from friends from only a tiny fraction of the image. Although not strictly a sports product, Roman explained how it could be easily adapted for the sports industry using images of famous sports people.

In the end,Howard and IAmPlayr won by a landslide vote but both Eric and Roman deserve great credit for their presentations also.

Once the presentations finished, the networking continued and it was still warm enough for some attendees to venture out onto the balcony to take in some fantastic views of the city at night.

So, summing up, what did you miss? The chance to learn about some exciting new tech start-ups in the sports industry and to connect with a diverse group with an interest in both the tech and sports sectors.

For information about upcoming events in the Amoo Booster Series, click here.

About our Ambassador: Keith McGuinness is a freelance copywriter based in South West London. Connect with him on Twitter @mcginty312

One thought on “Event Review: Technology in Sport”