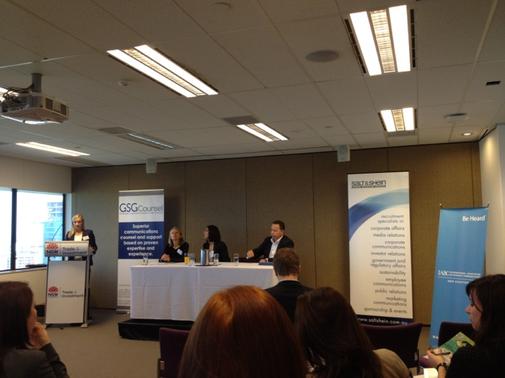 Socrates never wrote a single word. He dismissed the (at the time) revolutionary concept of writing in favor of the spoken word.

Similarly, many companies today are dismissing the new-fangled concept of social media in favor of the ordinary forms of communication with which we are so comfortable and familiar. Recent research by IBM found that only 16% of CEO’s are participating in social media.

However, as the panel at the IABC-hosted event ‘Who Owns Social Media’ was quick to point out, social media is here to stay. The uses of social media within a company are diverse, from digital storytelling to the handling of customer service complaints, and will continue to evolve as social media platforms improve. It is therefore crucial for organizations to embrace social media and recognize the benefits it can bring to a business.

The panel agreed that we are currently in the ‘beta’ phase, working to understand how to capitalize on social media, and, importantly, decide who within an organization is best placed to have ownership of, and responsibility for, social media. Should it be the management, marketing, communications, customer affairs or legal team that steps up to the social media plate?

Regardless of who ‘owns’ social media, the panel generally agreed that organizations would inevitably face a social media crisis at some point. However, the benefits of social media outweigh the challenges it presents, and there are mechanisms that companies can put in place to minimize the impact of a crisis. The panel suggested that companies:

The panel’s message was clear – don’t be afraid to embrace social media, because what is now new and mysterious will be second nature in the future.

About Ambassador // Ally is a lawyer with a passion for media, advertising and social media law. You can follow her at @allyeveleigh