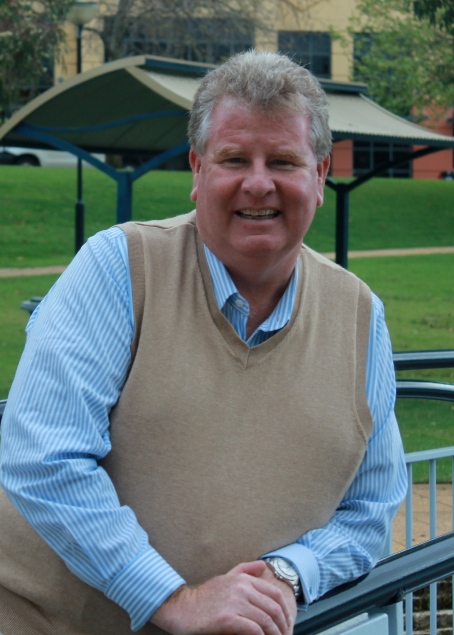 What brought you to Perth?

I came to Perth at the insistence of my Perth born wife, Janet Crossland. I was bored with the direction my life was taking in Silicon Valley, and I wanted a change. I certainly got that!

I’ve read in one of your bios that you been involved in several countries with the “development of investment models to enhance growth in emerging technology”. What does that mean?

Early on I spent a lot of time working with different communities outside Silicon Valley that wanted to expand the knowledge-based sectors of their economies. At the Bank, we believed if we could help create the market, we could own a large part of its banking business, so we spent a lot of time in markets we thought would become creators of new companies (the Bank now has successful operations in India, Israel, China and England). This meant understanding what their region’s strengths were, and how they could build upon those strengths.

I spent a lot of time in England, Sweden, Israel and Australia, and I got to follow my partners around Asia including India. So many regions wanted to be the next Silicon Valley. I always fought that idea, as the Valley has so many unique attributes that cannot be replicated. I am of the view that each community must build on its own strengths and then plan based on what it can learn from other successful models.

Israel is a great example of how a small agriculture based economy could turn itself into a global tech powerhouse. They initially built their aspirations around silicon and defense spinouts. This gave them the opportunity to play off existing competency and relationships. It was a natural transition to communications and security, and ultimately the internet.

Here are the two great lies communities convince themselves of:

If you have been around enough different emerging regions, you can imagine how pathetic that sounds, but I still hear it all the time.

So, how do you feel the investment climate in emerging technology differs here in Australia from other places you’ve worked?

There are too many pretenders in Australia.

Most of the companies I meet here are about getting people rich (unsuccessfully, I might add), not about building great companies. That formula doesn’t work.

Companies need to be built around great people identifying and solving market needs, that once the solutions are articulated, they seem OBVIOUS. I just don’t see that here as much as in some of the other markets I am involved in.

Also here people expect the government to play a role. WTF? I don’t’ buy into that baloney! The last folks I would want to rely upon for the success of my startup would be the government.

That is not meant as a criticism, it is a fact. Governments are not meant to be entrepreneurial, and generally don’t attract entrepreneurs. They are here as the umpires not the players.

I find that Aussie investors are too nice to management teams. If a company is underperforming, it probably needs new leadership not just more money. It is ok to switch out management.

Also many crap companies here survive much too long. In the Valley, dud companies usually die a fast death. There are some absolutely crappy companies around Perth that should have been shut down years ago, yet they stagger on, burning capital and wasting time and other valuable resources.

How would you characterize the investment landscape in Australia? In Perth?

I think there are some great entrepreneurs and deals around town right now. I was at the Perth Startup Weekend not too long ago, and I met some great young and passionate entrepreneurs including the organisers of the event. I feel really good about the future. I just hope some of the old guard doesn’t fuck things up.

What trends in emerging technology excite you?

I am excited by projects that are easy to move around geographically and are capital efficient. Mobile apps are a good example. You can make a lot of mistakes and not burn all of your capital. If you get it wrong at first, which is the most likely outcome, it is easy to re-focus, and get back on track.

Are there any opportunities or trends that Australia/Perth are particularly suited to tackling?

In terms of mining and petroleum, we are the biggest users and therefore buyers of mining and petroleum technology in the universe. While we are leaders in implementing and using cutting edge technology, most of the invention comes from overseas. It would be great to become exporters of technology over time. I beleive WA Universities are becoming more engaged with industry in looking at future technology needs. The key will be to enable researchers to access commercial opportunities. There are a number of new programs around Perth addressing this. Hopefully there can be a shift in mindsets that will produce positive outcomes. If you think about some of the great companies of our times, HP, Cisco, Yahoo, Google and Apple, they came from academic and corporate cultures that made it easy to spinout. Sometimes I think people here try too hard to add value. Maybe they just need to let go.

The building of the SKA should also produce some derivative benefits in terms of access to computing power and also innovation. The danger is in not having the foresight to take advantage of the opportunities, or even worse, getting in the way.

I think this is a catch-22. If there were enough successful deals, there would be a lot more risk capital in Australia available for startups. The reality is, Australia has not produced very many big exits relative to the amount of capital that has been available over the last 15 years. So investors aren’t that excited about the market.

That being said, I have never seen a good deal that didn’t get funded. The other day, a friend in the Valley was telling me about a company he met from Perth that couldn’t get funded here because local investors didn’t understand the value proposition. I happened to know the company. The issue was that it had a terrible value proposition and a sub par team. I think some of the local investors are world class.

In addition, current Commonwealth Government policy and is not well suited for attracting capital. Capital markets want clarity, not broken promises and misleading policy. One of the positive government initiatives over the last few years has been the Commercialisation Australia grants program. This allowed a certain amount of risk mitigation for investors in the form of low cost or free capital from the Commonwealth. Now I am not saying I like that kind of policy, but hey it was good for startup companies and their investors. Without warning the government hit the pause button. Investors hate that kind of behavior.

Aside from the performance, another major issue facing venture capital as an asset class is that the primary target investors, superannuation funds, have been scared off by an over awareness of the management expense ratios which are biased against venture capital managers when compared

Clearly there are a lot more investors concentrated in some other markets like Silicon Valley and Israel when compared to Australia. That being said, there are large startup ecosystems in those regions that can support a vibrant investment community, we just don’t have the volume.

So what is the solution? I believe you can only fix what you can control (duh!). We need to start from the ground up. The local startup community needs to abandon its greedy nature and embrace a more constructive future. People need to focus on building great teams around great ideas. They need to spend every dollar like it was their last. They need to learn to walk away from failure without shame. There are a lot of new faces around town going in the right direction, we need to support them and help them embrace a new paradigm that is about building great companies not promoting deals. When this happens the wealth will come, but if folks want to create wealth with hype and over promotion, we will be doomed to more of the same old same old, as the saying goes.