On Wednesday the 15 of May Katherine Field from The Fetch Community Ambassador Team in Wellington went along to the first Lightning Lab DEMO day event.

Last Wednesday I was lucky enough to squeeze into the much-anticipated Lightning Lab Demo Day at Te Papa in Wellington. The hype surrounding the finale of the country’s first digital accelerator programme had made tickets hard to come by, as organisers tried to make sure the most important guests – the angel investors – got in the door.

After weeding through 80 applications earlier this year, nine teams were selected for the Lab and were propelled through a 90-day boot camp of intensive validation and mentoring, before being thrust in front of New Zealand’s investor community.

Here’s a 30 second breakdown of the startups:

LearnKo – a platform for native English speakers to interact with and teach Asian English language students.

Publons – A public peer-review platform that enables academics to gain reputation for their reviews.

WIP – A new way to share and review work-in-progress videos.

Questo – Applications that allow museums, zoos and other attractions to engage with their visitors.

KidsGoMobile – Online platform that gives parents greater visibility over their children’s smartphone use. 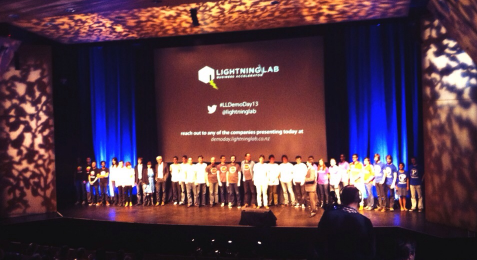 The event was entertaining and fast-paced, and the presentations were impressive. Weeks of having their pitches re-worked and re-hashed over and over again did wonders for these teams. With a head-mentor providing an insightful and heart-felt introduction, each team’s representative emerged (complete with annoying corporate title) to strut their stuff and make their case for investment.

Two keynote speakers, oddly both from the online social gaming scene, provided a break from the onslaught of pitches.  Mitch Olson from SmallWorlds was engaging as he spoke about collaboration and the ecosystem of innovative business in New Zealand. Fresh from the announcement of the closure of MiniMonos virtual world, Melissa Clark-Reynolds talked about the recent event and shared her experiences from her participation in Springboard, the UK accelerator programme.

At the end of the day, media and general riff-raff were kicked out politely as the investors were ushered into a room for some wheeling and dealing with the teams.  Although not everybody was signing on the dotted line, it was an opportunity to have serious conversations – sans tyre-kickers.

The after-party kicked off at Mac’s Brewery once the important discussions were complete. The teams, investors and supporters, some who were happily stranded in Wellington by some serious fog, celebrated the culmination of months of hard work and Lightning Lab’s successful maiden voyage.

Behind the hype, this was a serious investment round. There was no winner, no grand prize, no trips to Silicon Valley or celebrity judging panel. The teams I spoke to were counting their success in number of business cards. However, they all acknowledged the real winners would be decided over the weeks to come, when hangovers fade and pen is put to paper.

About our Ambassador // Katherine Field is one helluva busy lady. In between holding down the fort as the Community Manager at the BizDojo, she is also back at university and helping to coordinate Startup Weekend Wellington. Find her on twitter as @kathfromwelly