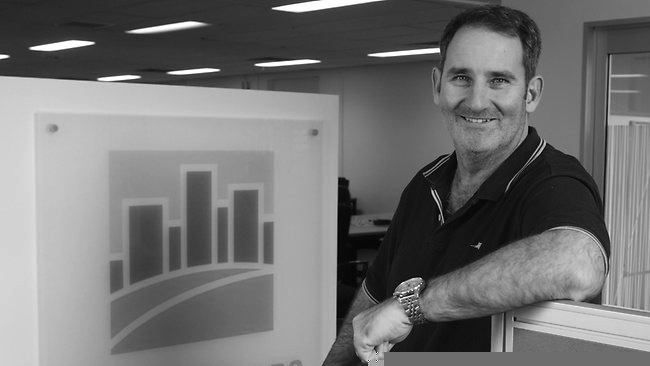 “There are some really good businesses here, but when you look at the level of activity elsewhere you can see that we’re behind the eight ball. It needs serious local and state government help and support and if they want to do that, they have to be willing to spend the money.”

Steve Baxter has been responsible for pushing the Brisbane startup scene forward through his coworking space River City Labs and supporting global movements such as Startup Weekend. It’s never a rare occurrence for Steve to dip into his own pocket to help new tech businesses ﬂourish. The Fetch caught up with Steve about his new gaming ventures and his Brisbane perspective.

What inspired you to open River City Labs?

I have several investments, and after travelling to Sydney I saw a great example of getting support for entrepreneurs and helping them get started in an organisation called Fishburners. I came back to Brisbane and looked for Fishburners, and other similar organisations and they didn’t exist, so that was the start of it. I looked at doing it commercially as a full proﬁt business, but to be honest it’s not a big business. So I decided to launch the business, but with a bit more philanthropy involved.

After that, did you decide to invest in the gaming space, or did you invest before River City Labs?

The games were after River City Labs. The games side, with respect to Right Pedal Studios, is a different form of investment. It’s full proﬁt, an accelerator fund. We take advanced prototypes and we launch them into the market through funding, mentoring and production resources, in a reasonably fast way. It’s definitely different.

How many games have you released so far through Right Pedal Studios?

We just released the first game in late March. The game is called Dragon Season. It’s an endless runner game, which is currently available on the Australian Google Play Store. Hopefully in a few weeks it will be available globally on Google Play and the Apple Store. It’s been discovered by a number of people in China, even though we only released it to the Australian Android market, and it’s found its way to about thirty-four thousand installations. That was really very surprising. It wasn’t what we’d planned, but we’re now pursuing some Chinese producers, which is quite interesting.

We also have one game out as a closed beta. It is due to come out as a world-wide release in the next few weeks. There are currently three others being worked on and we’re talking to another four teams about coming in.

Have you seen any major shifts in the startup scene in Brisbane since you started River City Labs?

Since River City Labs opened its doors last year (2012), there’s been a gradual shift. I’m actually a little disappointed with the startup scene in Brisbane. I spent some time in San Francisco and I travel to Sydney four times a month on average, so when I see the startup scene in Sydney compared to Fortitude Valley, it’s completely stark.

What do you think the Brisbane scene needs?

It needs a lot more people to take it seriously; it actually needs signals from Government. There has been market failure with regards to tech startup in Brisbane. There are some really good businesses here, but when you look at the level of activity elsewhere you can see that we’re behind the eight ball. It needs serious local and state government help and support and if they want to do that, they have to be willing to spend the money. It’s embarrassing when Auckland, New Zealand, have a higher angel funding rate than anywhere in Australia. That is because of direct government intervention.

In areas like matching investment funds, they invest in meetings with successful and respected entrepreneurs from the US to educate local angel groups. This was directly linked to the absolute increase in startup activity.

I’m just going to read you some statistics:

Do you think angel Investors lack direction, or does it take too long to get funding in Australia / people are more hesitant?

Probably all of the above, to be honest. Had Australia given birth to Facebook or Google or something along those lines, it would be a different story. But if we don’t take the initiative, we’ll never make these advances. For example, in Brisbane there are three coworking spaces/incubators – in Auckland there are six.

In the same year, Auckland recorded 45 Angel Investments per annum, while Brisbane had two. Auckland’s 40 venture capital investments trumped Brisbane’s 30, and the whole of Australia was only marginally higher at 72.

Are Brisbane startups are having to leave and go to Sydney to try to talk to Angel investors?

I am doing some work with the state government to try to prevent this. At some point in time, we have to actually understand that if this something we want to do, it’s going to cost to play. We are that far behind.

It’s a tragedy. There are a lot of issues that we’ve got to work through. But first we have to want to ﬁx it, and put in the extra miles.

Where should they be putting their energy: sales channel or online marketing?

It depends on the type of business. There are a lot of businesses that are hesitant to spend money on sales and marketing yet still expect to gain the interest of investors. You need to do put in the effort and prove to investors that your business is a worthwhile prospect.

What turns you oﬀ a startup?

People or groups that generate an idea in the mobile tech sector, who don’t have the skills or knowledge to develop it, and expect investors to spend their money on a team to build their product. I believe in doing majority of the work yourself, and if you don’t have the knowledge or experience in the area of your idea, that you should take the time to learn and not just rely on others to do all the heavy lifting for you.

What makes you decide that you want to invest in a startup?

Teams. A good team can have a bad idea to start with, but will realise it’s a bad idea and change it. If the idea requires any creative and technical work build it, then you need a strong technical team. A lot of others will outsource, but it isn’t as appealing for investors. As for the business, the idea has got to be something that makes a splash. Technology has such great potential to have a huge impact, and it just takes the right idea to ;p the world on its head.

Are you going to Sydney to scout for new startups or angel investors?

Not really scouting, I already have 11 investments – I had 12 – which is too many. I would love to get back down to maybe seven or eight. Right Pedal Studios and River City Labs take up a fair bit of my time. Really what I’d like to do is less, and be able to spend more time with my 11-week-old daughter to be quite honest.

How do you relax?

I don’t at the moment. My hobbies are ﬁshing and ﬂying, of which I get to do precious little; and I’m sure that now with a young girl I’ll probably get to do even less. It’s surprising what can take up time in your day.

About our contributor // Sarina Quinlan is a marketing consultant and the curator of The Fetch in Brisbane. Follow her on Twitter via @digitalsarina.