3 reasons to level up your programming skills

This is a sponsored post from our friends at General Assembly London.

There was a time when computer nerds were seen as misfits (watch the 1984 movie ‘Revenge of the Nerds’ if you don’t believe me). These days, that characterization couldn’t be further from the truth. Programmers, computer engineers, and data scientists are hailed as leaders in the business, technology, and design communities.

END_OF_DOCUMENT_TOKEN_TO_BE_REPLACED 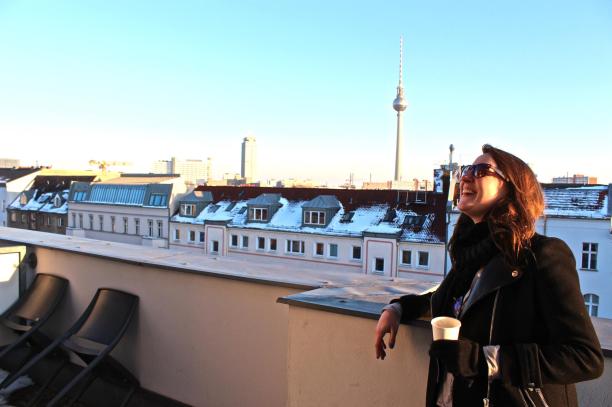 It’s a cliché, but when Samuel Johnson said “When a man is tired of London, he is tired of life”, he was on to something. London has everything – and everyone.

After Chloe Nicholls launched us in London town 18 months ago, we were wondering who would be amazing enough to pick up where she left off. So, I couldn’t be happier to welcome Louise Potter as our new curator in London. She’ll be kicking us off on our first Fetch back in September after the summer break. Louise must not sleep! By day, she’s a strategist at agency Inferno and in the evenings she’s a teaching assistant at General Assemb.ly. She’s also a graduate of Google’s Squared program. Yes, it’s ironic and that’s a pic of Louise in Berlin above. Check out our welcome interview with her below:

How did you end up where you are today?

I read history at university and, after I worked out that everything I’d spent the past four years learning was just stuff that had already happened, I decided to always focus my future attention on the things that still yet to happen. It means I spend most days thinking about innovation and tech; during my day job working in an advertising agency and by night, when I work after hours as a teaching assistant at General Assembly. I was also lucky enough to spend three months on secondment at Google’s Squared program. Life’s better when it’s filled with the unknown – it leaves more room for surprises.

Why did you want to get involved with The Fetch?

Because it’s brilliant! I’m an avid reader of The Fetch, and so the chance to get involved was incredibly exciting. I love the fusion of tech, creativity and business, especially because I think they’re the three most exciting areas in London at the moment. Plus, it always manages to shock me with how much happens around the city every week. I’m a magpie of this kind of stuff, so I see being able to help curate it is an opportunity to make use of all those shiny, stored things – and to find out about some brilliant new ones, too.

What things excite you about our community right now?

How interested and enthusiastic everyone seems to be about what we’re doing – it’s infectious. A reader recently compared missing The Fetch to missing a dose of crack. You know you’re doing something right when you’re being compared to a highly-addictive, highly-illegal drug.

What events do you recommend in LDN?

I love the eclectic mix of the Lost Lectures. They’re always such a strange mix of speakers, but when paired with beautiful, unusual locations it really works. It’s Nice That have started hosting ‘Nicer Tuesday’, which are similarly great – the subject matter has ranged from failure to erotica so far, and it looks like there’s plenty more obscurity yet to come. On more tech subject matters, there’s a raft of brilliant events coming out of all of the incubators that have popped up around the city recently – my favourites right now are probably Wayra and Level 39. Oh and The School of Life is perpetually magnificent, too.

What’s your favourite thing about your city?

That it’s a million different cities in one. Every street you walk down is different from the next – foods, smells, architecture, shops, people. It’s a cliché, but when Samuel Johnson said “When a man is tired of London, he is tired of life”, he was on to something. London has everything – and everyone.

The attitude of Londoners. They’re unlike any other species – in the UK or indeed the world. They moan about the city all of the time, but nobody else is allowed to say a bad word about it. There’s a unique mixture of sarcasm, lager and eccentric dress that everyone who lives here seems to possess.

Where can we find you in LDN?

I’ve worked in Covent Garden for the past three years, so I’m usually to be found around there and Soho. The choice of restaurants and cafes is wonderful and completely overwhelming in the best possible way – I’m addicted to Monmouth Coffee, Salt and Polpo at the moment. I’m also in love with the Southbank. No matter how long you’ve lived in London, it always makes you feel like a tourist.

How can we connect with you?

I’m quite digitally-promiscuous, so there’s a plenty of different places. I’m most active on Twitter, but I can also be found on Instagram, LinkedIn, Flickr and pulling together a ramshackle blog every now and again, called Other Plans, as well.

If you didn’t live in London, where would you be?

I lived in Toronto for a summer a couple of years ago and I really enjoyed it – the magical panorama of the city that you get from Toronto Island is unlike anything else. But the winters are far too cold – so I’d probably choose Melbourne. It’s an amazing maze of a city; the culture, dim sum and quality of life there rivals anywhere else in the world. [It’s also the original home of The Fetch!]

You can also follow Louise and The Fetch London via @thefetchLDN and on Facebook. Sign-up to receive our events-packed digest via theFetch.com and get your work life covered!

Thanks To May’s Advertisers

Big thanks to last month’s advertisers:

Interested in advertising on The Fetch? Check out the options here. If you’d like more details or would simply like to chat about how we can assist you, please email advertise@thefetch.com.

With 2013 just around the corner, we continue our update from our beloved city curators. Last but not least, Kat Loughrey in Melbourne, aka @KatLoughrey, highlights some of her most appreciated events, spaces and top moments of 2012. 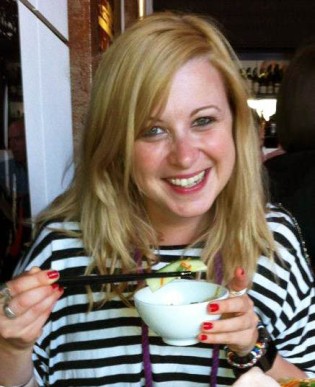 Best event for meeting people?
The best thing about Melbourne is that I have found it incredibly easy to meet people at every event I’ve attended. I think that comes down to the fact the people who choose to attend these events, go with the right attitude and an open mind. That said, I think I always walk away with a few more contacts after attending the monthly Silicon Beach Drinks. Great atmosphere and a very open environment for networking and making new friends.

Best event for content shared and learnings?
I’ve been on a journey of discovery in 2012 since joining The Fetch and have been suitably impressed with the digital, creative and startup scenes in Melbourne – namely everyone’s desire to learn, share and grow individually and collectively. I really like the WeTeachMe Speed Teaching events and the Social Media Club Melbourne nights, plus I think if you’re in the non-profit arena, then NetSquared is the place to be.

The Socialmelb Unconference earlier this year was memorable and a great introduction to this exciting world of learning and networking that’s happening in Melbourne – and that I fear that too many Melbournians just aren’t well aware of yet. That’s where The Fetch steps in.

All in all, we’re spoiled for choice in Melbourne – and if you can take away just one learning from each meetup you attend, then I think you’ve succeeded.

Personal event style preference (breakfast/conference/workshop/etc/etc)?
I love the more informal vibe and atmosphere of the smaller meetups, over a large-scale conference. It provides a better chance to meet people and have more meaningful conversations. I also think they fit in better with our busy time-poor schedules. I’ve still learnt a lot from some of the big conferences I’ve attended such as iStrategy though. You just need to approach a large-scale conference with a different mindset.

Favourite source of local community news?
Without a doubt – Twitter – and utilising the list functionality to (try to) stay across as much as possible happening in Melbourne. Facebook comes in a close second, with LinkedIn increasingly becoming a relevant source for community news as well.

Favourite coworking space?
Definitely a throw up between Inspire9, York Butter Factory and Hub Melbourne. All fabulous spaces that if I wasn’t working in a full time job, would aspire to do coworking at.

Favourite cafe with wifi?
I can’t go past 1000 Pound Bend, where the Social Melbourne breakfasts are held. The State Library of Victoria and its café, Mr Tulk, are also worthy of an inclusion. Now if only I could take my coffee into the library to work/read, that’d be perfect!

What’s been a personal highlight and not so high moment of the year?
The inaugural dinner for The Fetch we had at TrunkTown in September. Stimulating conversation and great people. That was brilliant to be a part of and I can’t wait for us to do another one.

Low point? There hasn’t really been one, though attending the iStrategy conference still sick with a chest infection and a fever wasn’t exactly how I had pictured myself feeling when I was networking – but yet I still took 15 pages of notes and met some lovely people!

What have you enjoyed about being involved with The Fetch in 2012?
In the short time I’ve been involved with The Fetch, a lot of my work has been behind the scenes, so getting out from behind the desk, attending industry meetups that were new to me and spreading the word of The Fetch with our slick business cards has been the most enjoyable aspects. As mentioned before, The Fetch Dinner was also a serious highlight.

I love the adventure of unearthing new events and happenings, as well as being inspired and motivated by the determination of others that I’ve met across a diverse range of roles and industries.

What are you looking forward to in 2013?
That’s easy – attending more events and happenings, and taking The Fetch to a wider audience!

I am also really looking forward to working with the Community Ambassadors further to develop more content for The Fetch and make more contacts (and friends!).

In regards to events – seeing the arrival of The School of Life to Melbourne.

I’m also excited to see the current meetup groups and conferences evolve grow further, as well as the further development of General Assembly and TEDxMelbourne.

We recently sat in on a livestream featuring an Introduction to London’s Startup Scene by General Assembly. For anyone new in town, just visiting or thinking about starting something, this presentation maps out the key players across the media, coworking spaces, incubators and more. There’s also some pertinent points about the differences between the US startup community, in say Silicon Valley and New York, and London. Well worth clicking through!

Intro to the London Startup Scene from Courtney Myers