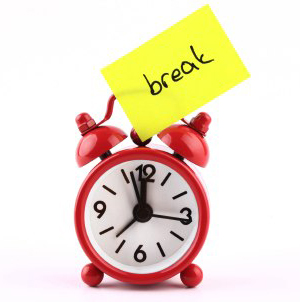 The next time you take a 10-minute break, check out these 10 reads we’ve gathered this week.

Thanks to Melbourne Curator Kat Loughrey for link contribution.

This fortnight, Kate chats to Jack Lenox – the founder of Jottify about the London tech scene and what’s happening in the digital publishing space.

My first job was at a plastic injection mouldings factory while I was at school. I had to take the newly moulded fittings for various different types of plug socket, break the stalk off from where the plastic had been injected, and pack them into a box. It was really rock and roll!

Congratulations on Jottify – we love it at The Fetch. Can you tell our readers more about it and why they should join?

Thank you very much! Jottify has been greatly shaped by its users since it started just under a year go.

I would say it’s most easily described as the Deviant Art (or Flickr) for writers.

It’s a place for people to share their writing, critique and discover other writers, and distribute their work in ebook formats.

We’ve recently launched Literati, a quarterly literary journal exhibiting the best work from the site. There’s a lot of great writing on Jottify and one of the big challenges is curating it so that it’s easy for people to find great stuff to read.

We have also partnered with Unbound who are currently publishing a novel that they discovered on the site, the fantastic Conversations with Spirits by E O Higgins (http://unbound.co.uk/books/conversations-with-spirits).

There’s so much stuff being published online nowadays, with a lot not worth checking out – how do you ensure good writing gets discovered at Jottify?

We have structured the site so that all of the new works are quite prominently distributed among users and this works quite well at bringing the great writing to as many people as possible.

Anyone is able to view any category or genre by most liked, most read or most commented upon which means there are many ways for your writing to get discovered. It also makes it easy for readers to find great writing.

However we can definitely do more on this front. A lot of great writing goes under the radar and seemingly doesn’t gain traction within the community. Sadly this is a problem mirrored within the publishing industry at large and many great books don’t break even. We’re currently working on a new system that tracks trends and will recommend what to read in a similar way to Amazon’s “people who bought this also bought…” feature. We did have a contextual function that found “similar” works but it was very flawed in the sense that you very rarely like a book because it has a similar vocabulary to another book that you have read!

You’ve recently started partnering with Unbound – what does this mean for your community and the future of publishing in general?

For our community, it will mean more works being physically published and will provide an avenue to publication that hasn’t previously existed. We’re both relatively small outfits at the moment so we don’t know for sure if this exact formula will be a big element of the future of publishing but I think there’s a lot of room for innovation in the industry.

I’m definitely not an expert but publishing seems to be a very complex beast.

Many people compare it to the music industry but I don’t think direct comparisons can be made. There is next to no difference in terms of consumer experience between listening to a CD and listening to an MP3.

However I think it’ll be a very long time before physical books go out of fashion as a Kindle or iPad just isn’t the same. I also believe it’s much harder to self-publish a book than it is to self-publish music and therefore the expertise and skills of publishers will meant that they retain their value. I think publishing is definitely going to change a lot over the coming years, but I’m not sure that it will collapse in the way that the music industry has.

What’s the hardest challenge you’ve had to face startup-wise?

I think it’s simply keeping the faith. Jottify is certainly not a hard business startup, it fits much more with the creative industries who are, in many instances, funded by institutions like the Arts Council. This means that I often face scepticism from potential investors (although we aren’t really seeking investment at the moment).

The site has been generating revenue since more or less day one and there are many ways in which we can develop this and that the business side can grow but it’s also a difficult balance between maintaining a friendly, egalitarian community, while also making sure the bills get paid. In this sense I also continue to do some freelance work to pay the bills and to subsidise some of the activities related to promoting the site, such as our recent trip to the Hay Festival. It’s a challenge not being able to focus on Jottify 100%, all of the time.

What do you think of the London tech startup scene? What events are actually worth going to?

I think there are some really great elements in the London tech startup scene. It’s fantastic that we have people like Moshi Monsters and Moo Cards based in London, but it can also be frustrating at times.

I think London is still a long way behind the likes of New York or San Francisco and there seems to be almost no support or understanding from, for example, banks.

London is also a very expensive place to live and work and that’s one of the reasons that I’m actually moving out to somewhere a bit more remote in the very near future!

Having said all of the above, there are still some great pros to being in London. The British Library’s Business and IP Centre is an absolutely incredible resource. They run fantastic events for startups, provide fantastic free advice and open up a network of other startups that you can meet and get to know.

To be honest, finding the best events to go to is a bit like trying to plan a great night out. If you try too hard you never normally have that good a time. The best events are the ones that you attend on a whim and then they turn into fantastic evenings and you meet some really great people.

Who else do you think is doing cool things in our industry?

There are some really exciting startups in this realm such as Padify who are working on some great new ways to bring content to tablet devices. I really shouldn’t plug my potential competitors but I’m secretly quite a fan of Opuss (it’s Instagram for words on the iPhone so a bit too close for comfort!) I’m also a secret admirer of Fictionaut. I absolutely love Byliner which is not entirely different but focusses much more on connecting accomplished great writers with readers. Again, in the reading space, I can’t give enough praise to Readmill, a Berlin-baseed startup who have produced a wonderfully elegant way to enjoy books socially.

What’s next for you and Jottify?

Physically, we’re both moving to Kendal in Cumbria. Many people look at me askance when I tell them this but it’s only a two and a half hour train ride from London (on a train which has wifi too!)

We’ve reached a stage where we can now think about expanding the team but at the same time we’re really restricted by office rental costs in London.

At this stage we’re certainly not looking to aggressively expand so we’re going to try moving to a place that provides some more natural inspiration and see if we can start building the team there. Rental rates in Kendal are about a third of what they are in London and it’s on the edge of the Lake District which is one of the most beautiful landscapes I’ve ever visited.

It has provided inspiration to some of the greatest writers of all time such as William Wordsworth, Samuel Taylor Coleridge and J. R. R. Tolkien.

Of course, proximity to London is definitely important but one thing that I’ve learnt from living here for two years is that I certainly don’t need to be here every day. Perhaps if things go well a year or so down the line we may look to have a London office but I’m personally a lakes, mountains and forests man at heart!

As for development of the site itself, we’re working on the autumn edition of Literati, building new mobile apps and preparing some significant upgrades to the site in response to the way people have been using it and based on the huge amount of feedback that we have accumulated over the last year.